Return to all articles

Hockey coach and our wonderful PE teacher, Mrs Broome, is delighted to have received a royal seal of approval by being recognised as a UK Sporting Hero in the UK Coaching Awards 2021.

Mrs Broome, who has been at WPS for 17 years and has been a hockey coach for 35 years, was one of only 25 coaches in the country to be awarded with the impressive award. Recognised for her dedication to coaching and development, Mrs Broome was presented with the award by Princess Anne at a glitzy awards gala at the Hilton Hotel in Leeds.

The UK Coaching Awards is seen as one of the most prestigious awards within the coaching community and recognises the contribution coaches make in transforming lives in communities nationwide.

Mrs Broome, who is the vice-chair and ladies club captain at Wilmslow Hockey Club, said: “I am so grateful to everyone who nominated me for the UK Sporting Hero Award. Being a coach, whether that’s at the club or with my wonderful pupils at school, is such a big part of my life. The last 18 months has been tough for us all, but this award has been a real silver lining.”

Bradley Lavagna-Slater, Headteacher at WPS, said: “Mrs Broome is a brilliant PE teacher and coach who makes classes for all of our pupils’ fun and engaging. We’d like to extend our congratulations to Mrs Broome, who is so deserving of this award.” 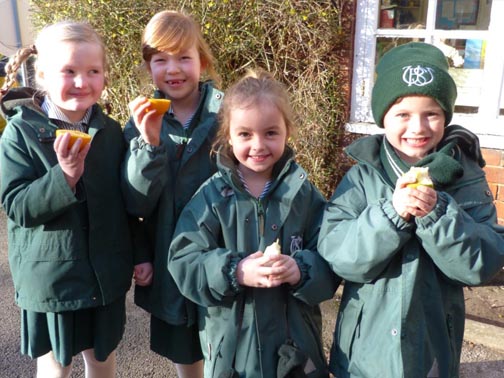 Do you want to know more or see us in action?

You can book an open day or contact us here